It’s no secret that Travis Barker has suffered from medical issues this year, causing Blink-182 to postpone its Las Vegas residency as well as cancel a number of US tour dates. According to TMZ, Barker says he believes medical malpractice is the cause for his ongoing health issues, and he has filed a lawsuit against the medical center he believes is responsible.

In June, Barker was to undergo a routine MRI after being diagnosed with blood clots in his arms. The Blink-182 drummer says that he was to be sedated before the procedure, but technicians weren’t able to find a vein, and stuck him at least 40 times in the arm with a dirty needle. Barker alleges that these actions caused nerve damage, a staph infection and ultimately hospitalization.

Barker is also suing the bus company and driver who crashed into his SUV in July, due to injuries he sustained. 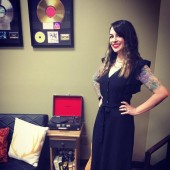 This Beastie Boys and GHOSTBUSTERS Mashup is just what we needed